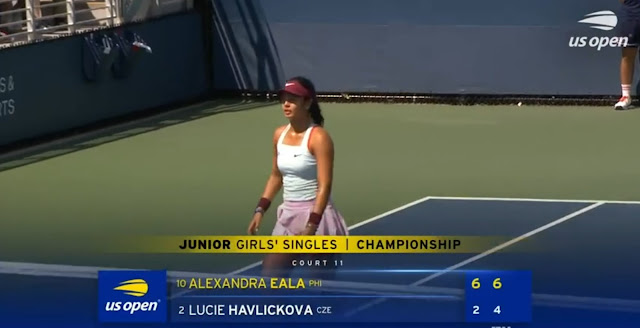 Philippines' tennis sensation Alexandra Eala wins the 2022 US Open Tennis Championships Junior Girls Title in New York.
The 17-year old Eala defeated Lucie Havlíčková of Czech Republic in the girls finals, 6-2, 6-4, to become the first Filipino to win a Grand Slam juniors singles title on Saturday, August 10.
With her feat, a history is made for Philippine tennis book.
Overwhelmed by her victory, her fans and supporters expressed their congratulatory messages on social media and became one of the trending topics on Twitter.
The US Junior champ was a member of team Philippines who competed in the 2021 SEA Games in Vietnam where she managed to collect 3 bronze medals in her first SEA Games appearance.
Aside from that, she had previously won doubles gold in the 2020 Australian Open and 2021 French Open.
at September 12, 2022 No comments:
Email ThisBlogThis!Share to TwitterShare to FacebookShare to Pinterest
Labels: Philippines, Tennis 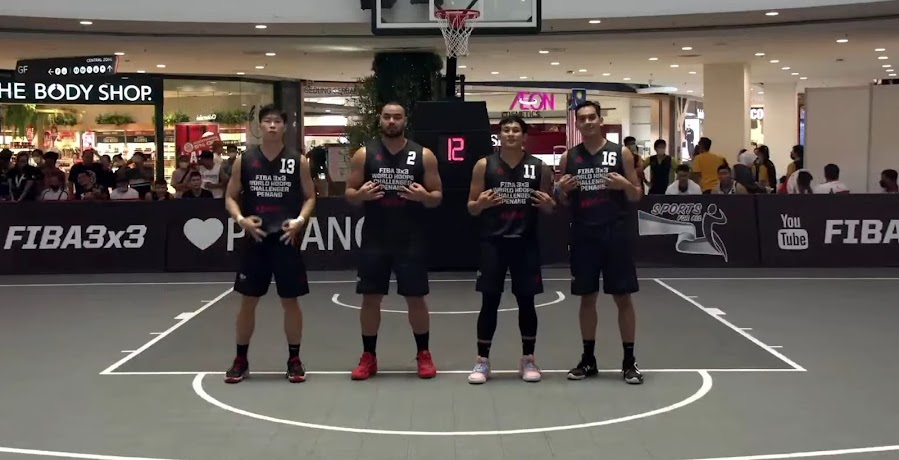 Team Cebu Chooks from the Philippines only reached the quarterfinals in the 3x3 Basketball Penang Challenger as they were halted by United State's Team Princeton, 17-22.

Team Philippines which is composed of Zachary Huang, Brandon Alfonso Ramirez, Mark Tallo and Vincent Tolentino were in Pool A with one victory over Team Zavkhan of Mongolia, 18-15 and falter to champion team Liman of Serbia, 17-22.

Meanwhile, host Malaysia which was represented by Team Penang Worldhoops was unable to enter the Pool round after it was eliminated in the qualifying pool round.

The Philippines ended in 8th place and Malaysia as 16th placer in the challenger event.
The 3x3 Challenger event was held in Malaysia from September 10 to 11 with 16 participating teams.
at September 12, 2022 No comments:
Email ThisBlogThis!Share to TwitterShare to FacebookShare to Pinterest
Labels: 3x3 Basketball, Malaysia, Philippines

Team Philippines settled for silver medal behind host Japan who captured the Men's Softball Asia Cup title today. Japan remains unscratched in the competition after beating Philippines in the finals, 9-2.
Both teams will represent Asia in the XVII WBSC Men's Softball World Cup, which is scheduled from 26 November to 4 December in New Zealand.
Meanwhile, Singapore captured the bronze medal after beating India, 12-5, while Thailand ended 6th place after vowing to Hong Kong, 1-5.
Final Ranking
If you missed the gold medal match between the Philippines & Japan, visit: https://www.youtube.com/watch?v=mWQwQEjvGDM
at September 06, 2022 No comments:
Email ThisBlogThis!Share to TwitterShare to FacebookShare to Pinterest
Labels: Philippines, Singapore, Softball, Thailand

Obiena Continues to Soar After His Bronze Finish in Worlds 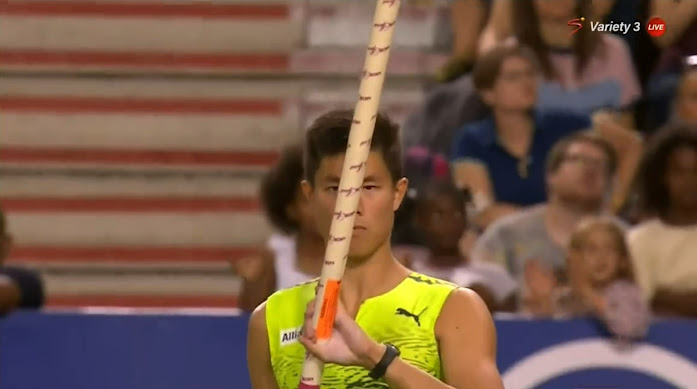 Filipino pole vaulter Ernest John "EJ" Obiena upsets World & Olympic champion Armand Duplantis of Sweden in the Brussels Diamond League on Friday night. Obiena clinched the gold medal after clearing 5.91 meters on his third and final attempt.
Obiena also competed in Lausanne Diamond League where he finished third place after clearing 5.8m a couple of days before the Bruessels meet.
Obiena's feat continues after becoming the first Filipino and first Southeast Asian (senior) to win in the World Athletics Championships. He cleared 5.94m to win the bronze medal in the World Athletics Championships held in Oregon, United States last July.
You may also like to read: EJ Obiena Takes First ever Medal for PH in Worlds
Obiena's fans are looking forward for him to qualify in Paris Olympics in 2024 and win medal for his very own country, the Philippines. 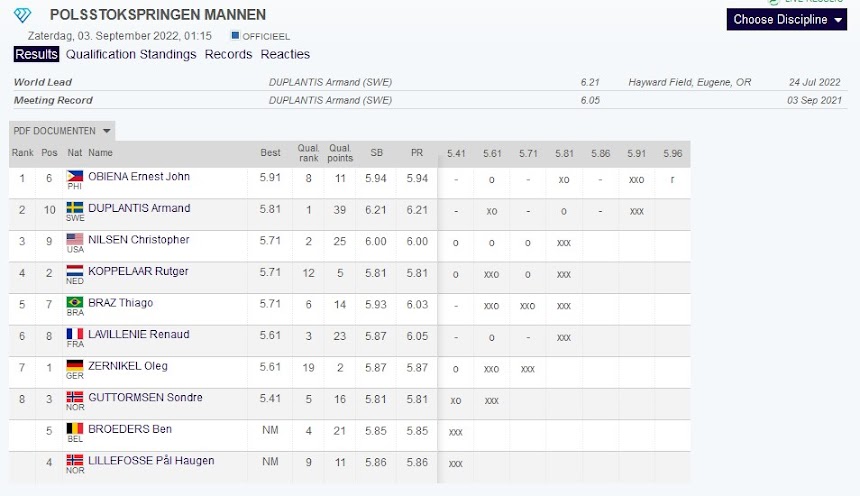 at September 03, 2022 No comments:
Email ThisBlogThis!Share to TwitterShare to FacebookShare to Pinterest
Labels: Athletics, Philippines

The U23 Singapore softball team qualifies to U23 Softball World Cup 2022 after finishing second behind host Japan in the U23 Men's Softball Asia Cup 2022.
The three-nation double round robin qualifying event was held at the Shimanto Stadium, Anami Sports Park in Shimanto City, Kochi Prefecture from September 1 to 2.
(Follow us on our NEW Facebook Page - SEA Sports News)
Japan swept all their matches to show their dominance in softball while Singapore got 2-win 2-loss card and India losing all their matches in the two-day event.
Below are the results of the said qualifying event.
September 1
September 2
The WBSC U23 Softball World Cup 2022 will be held in Parana, Argentina from October 22 to 30.
at September 02, 2022 No comments:
Email ThisBlogThis!Share to TwitterShare to FacebookShare to Pinterest
Labels: Singapore, Softball

The Philippines swept all its match to capture the 2022 Korea Beach Handball Festival title. The 3-nation beach handball festival was held at the Yangyang Naksan Beach, South Korea with having two teams.
Team Philippines first defeated Korea-A followed by Korea-B and on the final day defeated their SEA
Games rival Vietnam.
(Follow us on our NEW Facebook Page - SEA Sports News)
On the other hand, Vietnam also beat the Korean teams and fall to the Philippines in their last match.
Below are the results of the tournament.

at September 01, 2022 No comments:
Email ThisBlogThis!Share to TwitterShare to FacebookShare to Pinterest
Labels: Handball, Philippines, Vietnam

Thailand finished in 4th in Asian U20 Volleyball 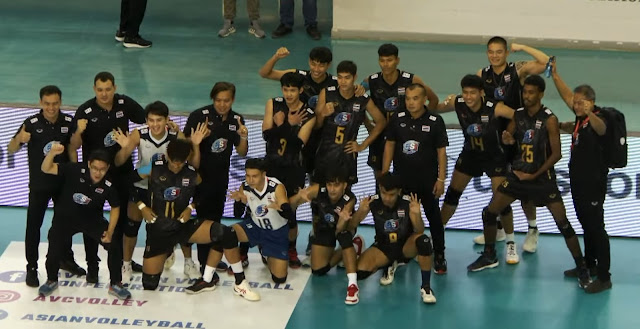 The men's u20 team of Thailand succumbed to Korea in their bronze medal match and ended their volleyball campaign in 4th place. The Koreans dominated the 3-setter match and closed their campaign with bronze medal.
Prior to the medal match, the lone team from Southeast Asia was defeated by India in the semifinals in 4-1 sets.
Below are the results of Team Thailand in the tournament.
at August 30, 2022 No comments:
Email ThisBlogThis!Share to TwitterShare to FacebookShare to Pinterest
Labels: Thailand, Volleyball 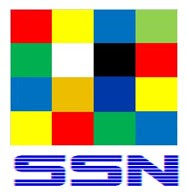 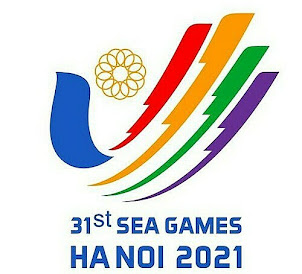